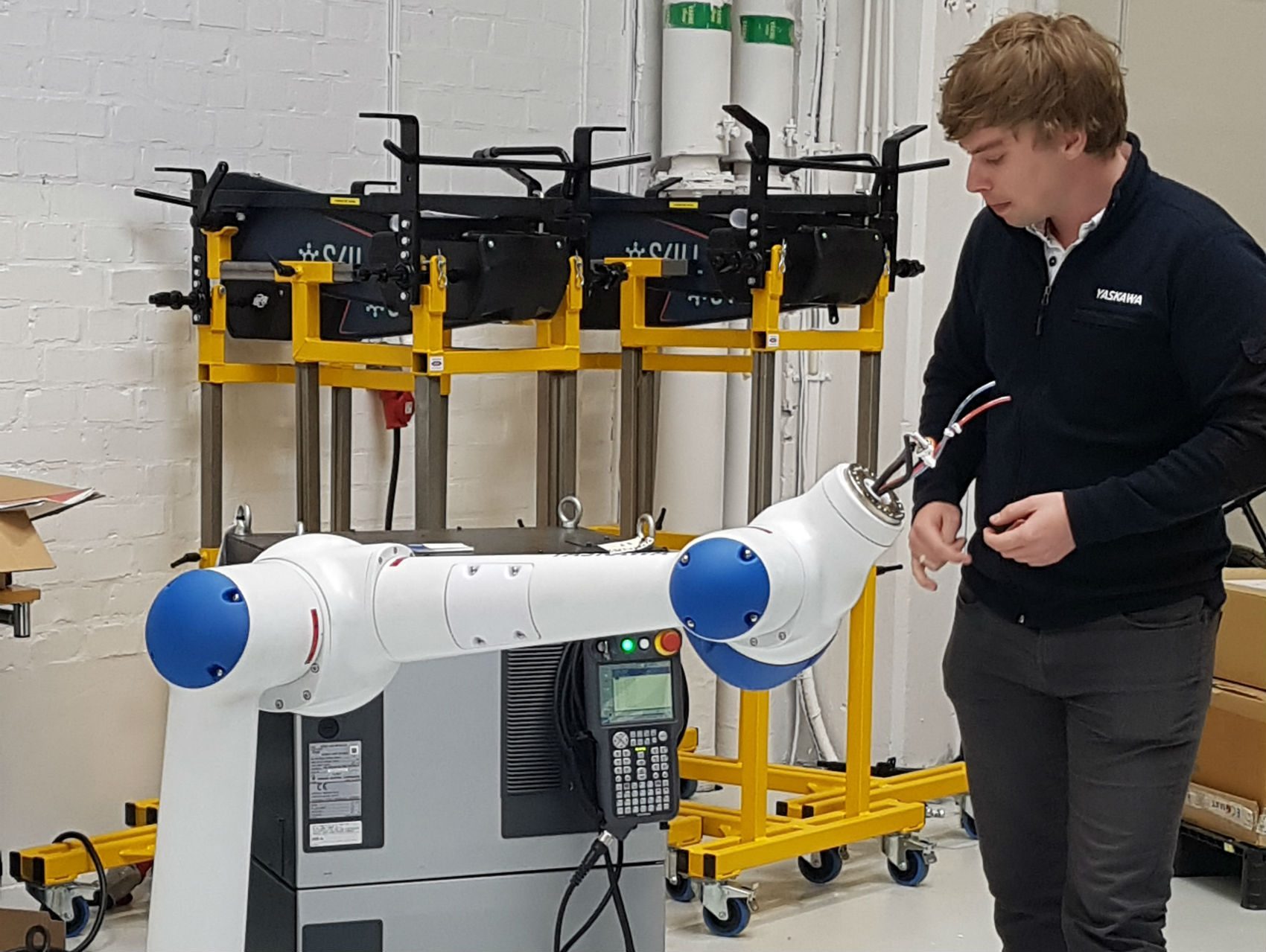 A tech workshop on the theme of dynamic interaction between humans and automation was recently held, which was primarily targeted at small and medium-sized companies (SME). Organizer Elin Hultman, Vice President of the company Skill who works with short and long-term competence supply, tells us about some of the learnings from the day.

On April 8, a tech workshop was arranged in Linköping, which was based on Chalmers’ project DYNAMITE: Dynamic interaction between humans and automation. Around 17 company representatives from nine different companies participated. In addition to going through how collaborative robots, or cobots, technically work and various suggestions for applications, two suppliers had their cobots on site.

Demonstrations of the two real collaborative robots during the workshop together with the exchange with the suppliers, Elin Hultman believes, led to many participants being surprised at how easy it is to program a cobot and that they do not have to cost so much.

– I experience that the interest among small and medium-sized companies for cobots is relatively great, but that many feel anxiety about getting into the hands of a robot supplier for maintenance and programming. But also the controversial bit about replacing people with robots is central, says Elin Hultman.

The main advantage that Elin Hultman sees with cobots is that the robots can take over monotonous chores that are tiring for people to perform. This means that human labor can be utilized to carry out more complex tasks.

– I find that the exchange of experiences and challenges between the various participating companies became the leading light for the workshop. The theme created a common starting point for the workshop and, on that basis, the participants got new contact areas and new perspectives on the desired situation for Swedish industry in the future – and I hope we succeeded, says Elin Hultman.

If your company is curious about how to start using collaborative robots, Elin Hultman recommends that you contact suppliers in the area and also look out at Produktion2030’s website for upcoming tech workshops on the same theme.

Example of what one of the participating companies thought about the workshop:

“The most rewarding with this meeting was to meet knowledgeable robot suppliers who brought demos of collaborative robots. It gave us the opportunity to dive a little deeper into both hardware and software. Åsa Fast-Berglund from Chalmers also gave us an interesting academic perspective, which one often forgets in one’s daily work when the everyday life flies by. Last, but not least, it was a good opportunity to network with colleagues from the local area. In short, a successful workshop!”

Find out more or adjust your settings.

This website uses cookies so that we can provide you with the best user experience possible. Cookie information is stored in your browser and performs functions such as recognising you when you return to our website and helping our team to understand which sections of the website you find most interesting and useful.

Strictly Necessary Cookie should be enabled at all times so that we can save your preferences for cookie settings.

If you disable this cookie, we will not be able to save your preferences. This means that every time you visit this website you will need to enable or disable cookies again.

This website uses Google Analytics to collect anonymous information such as the number of visitors to the site, and the most popular pages.

Please enable Strictly Necessary Cookies first so that we can save your preferences!